VIDEO: Do you have a fire plan? 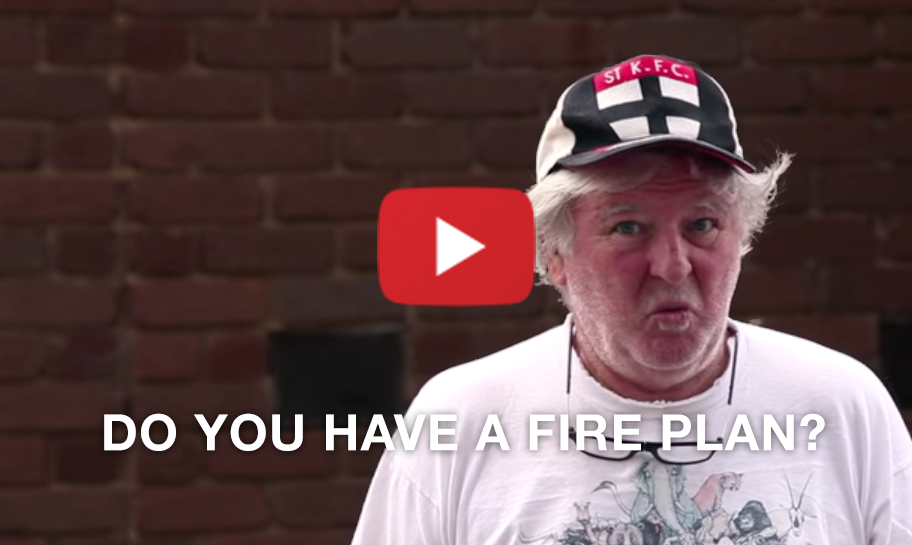 A light-hearted video on bushfire planning with a serious message has been praised by emergency services representatives.

The video “Do you have a fire plan,” was produced by the Warrandyte Community Association and the Warrandyte Theatre Company, as part of a ‘Toolkit’ of six activities designed to raise awareness and understanding of the problem.

Steve Warrington, Deputy Chief Officer of the CFA, said it was “A great video with a powerful message. An excellent example of an empowered brigade connecting with their community.”

The CFA has distributed it throughout the State.

Many people who say they have a survival plan have no idea what to do if something unexpected happens when they are threatened by bushfire”, WCA President, Dick Davies, said today.

“And the conventional message from the CFA through meetings, Community Fire Guard and literature is not cutting through.

“Rather than continue preaching to the converted, we decided to try something different.”

Well known local identities from the Follies and other shows parody the half-baked plans many of us have without having really thought them through. Their humour is followed by a very serious message from Greg Kennedy, a local CFA Captain.

“We are hoping that humour will cut through where other messages have failed,” Dick Davies said.

View the video above or on the Be Ready Warrandyte ‘Fire’ page – www.warrandyte.org.au/fire

A sample fire plan tailored for Warrandyte is also available on the Be Ready Warrandyte ‘Fire’ page – www.warrandyte.org.au/fire.

4 August 2013
Be Ready Warrandyte’s “Do you have a fire plan?” video was featured at the 2013 CFA Community Engagement & Fire Awareness Forum in Bendigo. Lisa Keedle facilitated an interview with Jodi Clark (Be Ready Warrandyte Project Manager) and Greg Kennedy (South Warrandyte CFA Captain) in front of an audience of over 300 delegates. The interview prompted commentary on both Facebook and Twitter.