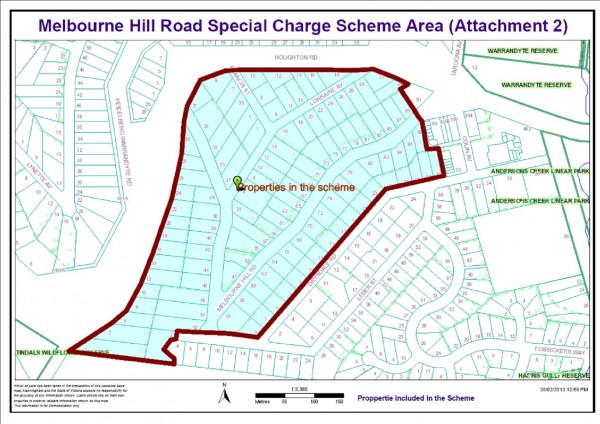 There has been enormous interest and concern about Manningham Council’s proposal to apply a comprehensive drainage solution to the Melbourne Hill area of Warrandyte.

“We have geared up to listen to people’s views on this matter” said WCA spokesperson and former Councillor, David Ellis. David Ellis is the WCA contact on this issue and can be contacted on davidellis9@bigpond.com or by phone on 03 9844 5135. 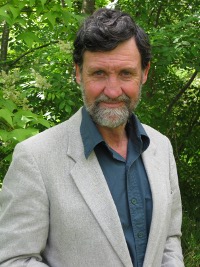 Members of the WCA Committee have already been briefed by Council and we have a fair understanding of both the perceived problems and flood potential at Melbourne Hill (see Google map http://goo.gl/maps/vZZR0) and the preliminary strategy plan developed by the Manningham Engineers.

The works proposed for Melbourne Hill Road are part of council’s response to actual and predicted increases in severe weather events. This has been highlighted by fairly serious flooding in in the region in February 2011 and again more recently. The area, including Melbourne Hill Road and Lorraine Avenue, saw six houses flooded in 2011 and overland flow affecting several other lots.

Council has allocated $350,000.00 as a new budget initiative to identify serious flooding problems in Manningham and to come up with drainage strategy to address these.

The Melbourne Hill area does not have a formal or engineered drainage system and most houses in the area have no point of discharge for stormwater. The entire catchment from houses, allotments and adjacent roads, flows overland and affects property further down the valley
.
Council engineers believe that it is not possible to deal only with the sites directly affected and that the problem is far greater than a requirement for ‘better maintenance of drains.

WCA’s understanding is that this is just the beginning of a process to develop satisfactory solution to projected increase in flooding events.

During our briefing David Dyason (for WCA) made it clear that Melbourne Hill is a significant Warrandyte landscape. This section of Melbourne Hill Road is still remnant of the original highway access into Warrandyte from the 1930’s and before.

“And this issue further highlights WCA’s traditional desire to keep significant part of Warrandyte kerb and channel free. It tests the practicality of the vision and makes us work harder to practicalise this desire in the face of suburban inundation”, David Dyason said.

“The WCA is adept at ensuring that the community is properly consulted and that Council consultative processes are meaningful. We will certainly act as a communication channel and conduit to Council on this, said David Ellis, WCA Co-ordinator of this action.

Committee member Michelle Pini has already sought many views on the issue. 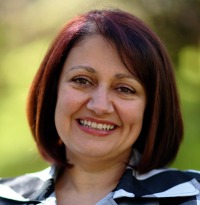 One of the residents in Melbourne Hill Road who was at the meeting convened by Council to explain the proposal, expressed that officers didn’t explain the situation clearly. In her opinion, residents were notified of the consultation meeting and when they arrived, felt as though they had been presented with a fait accompli.

Michelle Pini said, “Further views expressed to me were:

Watch this space for further developments.